No picture or video will ever prepare you for that moment when you arrive at the edge of those 7,000-foot cliffs and set your eyes into the superb and majestic Grand Canyon. It’s such a breathtaking experience that will leave you in awe of nature and its wondrous works. Billions of years of geological and bio-atmospheric conditions have sculpted and modeled layers and layers of rocks transforming what was once a mountain into a plateau of diverse peaks and valleys whose colors change at every hour of the day.

The sun bathes the rocks in different shades of yellows, oranges, and reds; everything comes alive, vast, and intimidating. The vista is also surprisingly different at every view point, one can never get tired but motivated to walk and explore this giant in all its splendor. 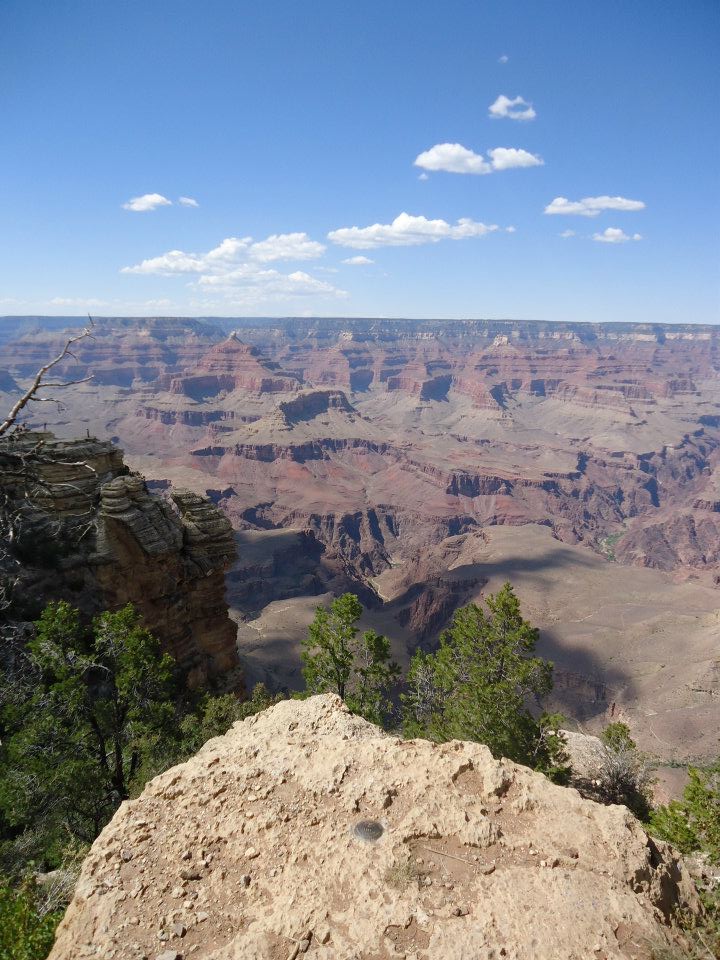 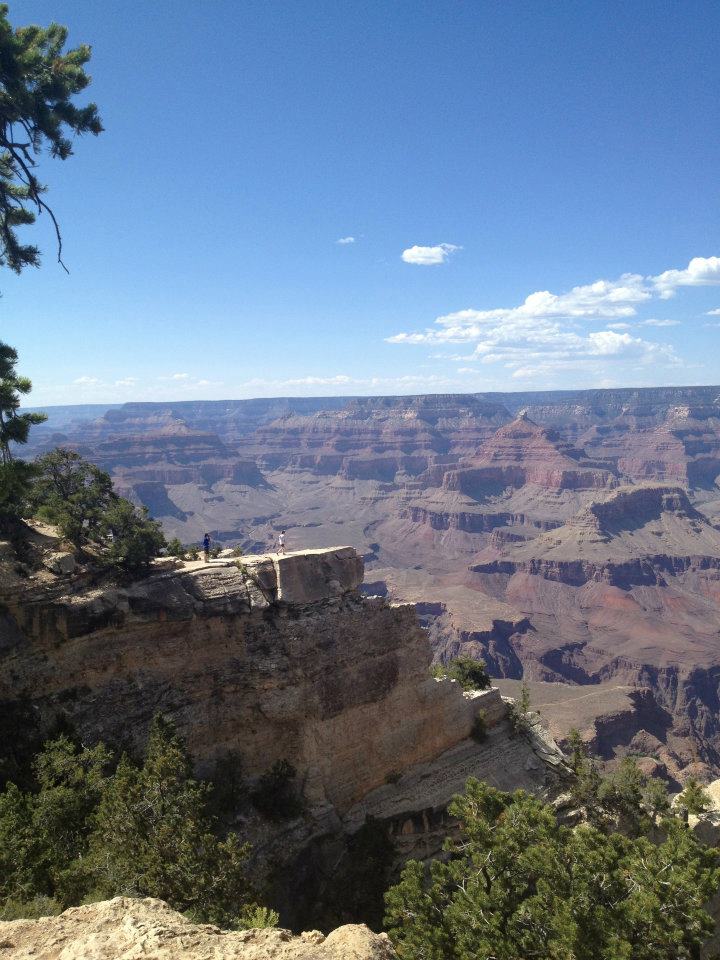 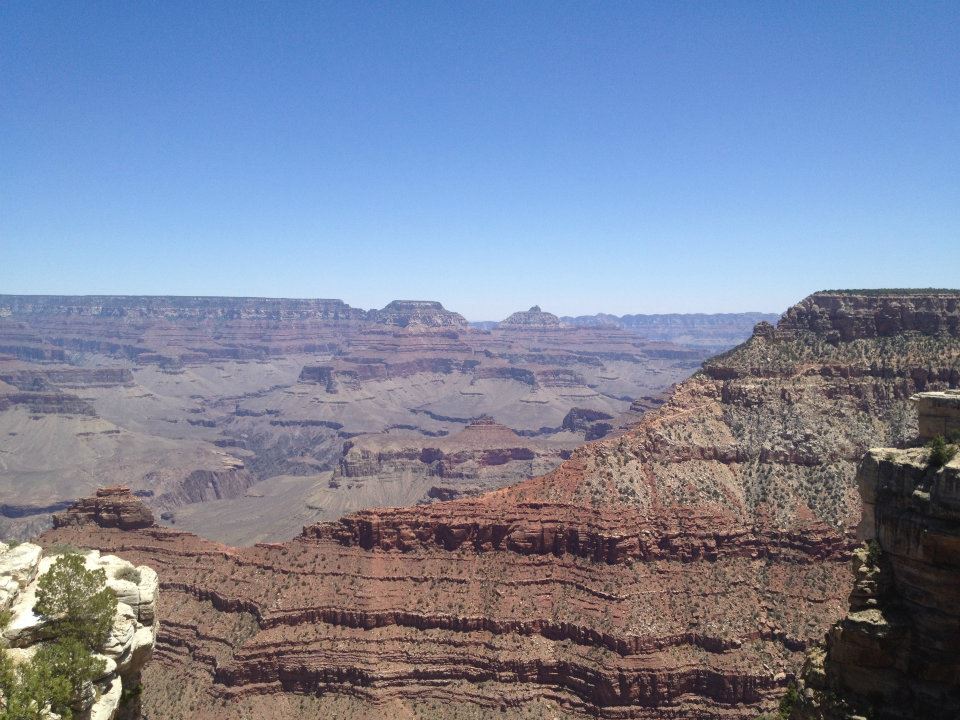 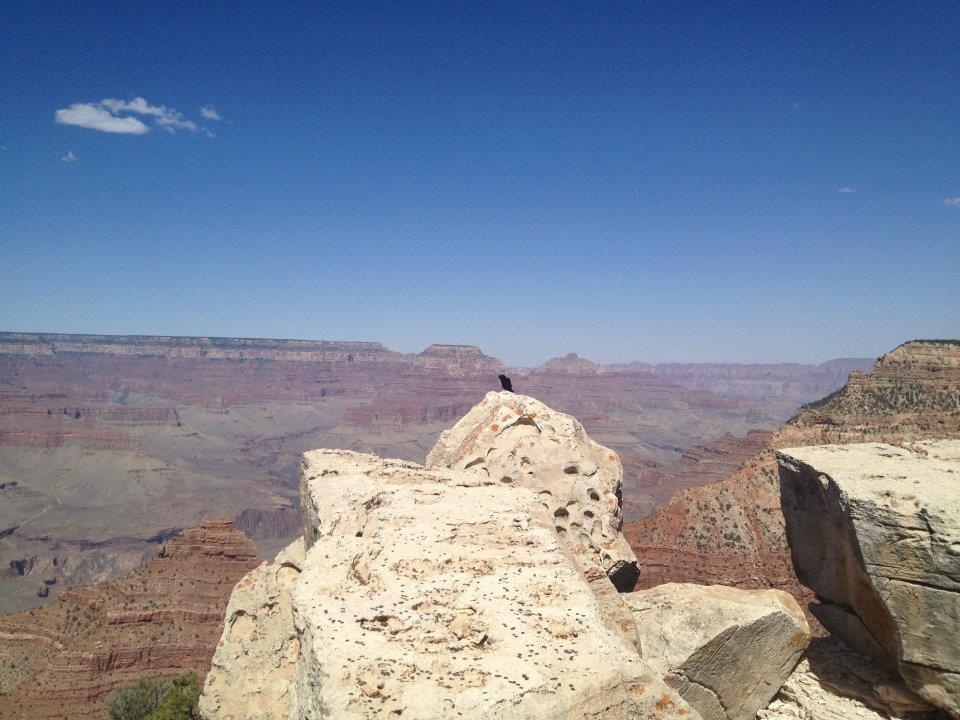 After parking our RV at the Trailer Village in the South Rim part of the Grand Canyon National Park, we went to the visitor center where we watched an introductory video on the history of the canyon. From there, we walked to Mather Point and spotted some more scenarios and wild life (some crows, hawks, and turkey vultures flying over the plateau like they own it.) We caught a free outdoor Park Ranger’s explanation on the formation of the canyon and saw some three-dimensional models and displays with beautifully crafted artwork at the Yavapai Point and Geology Museum. Here, we were able to use some big telescopes to get a closer view of the other side, the North Rim. 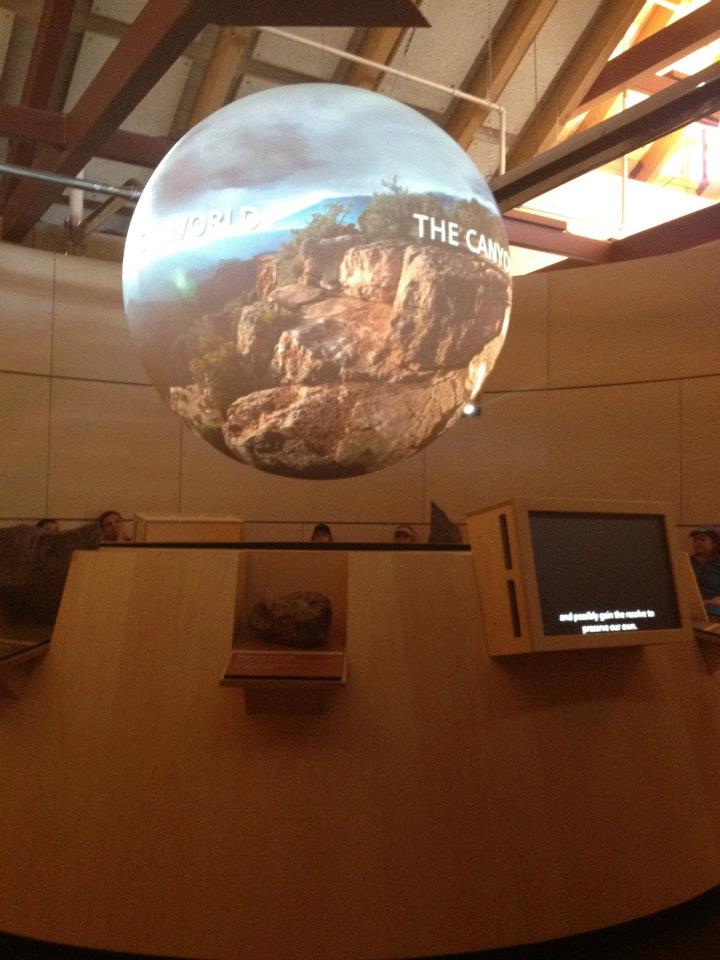 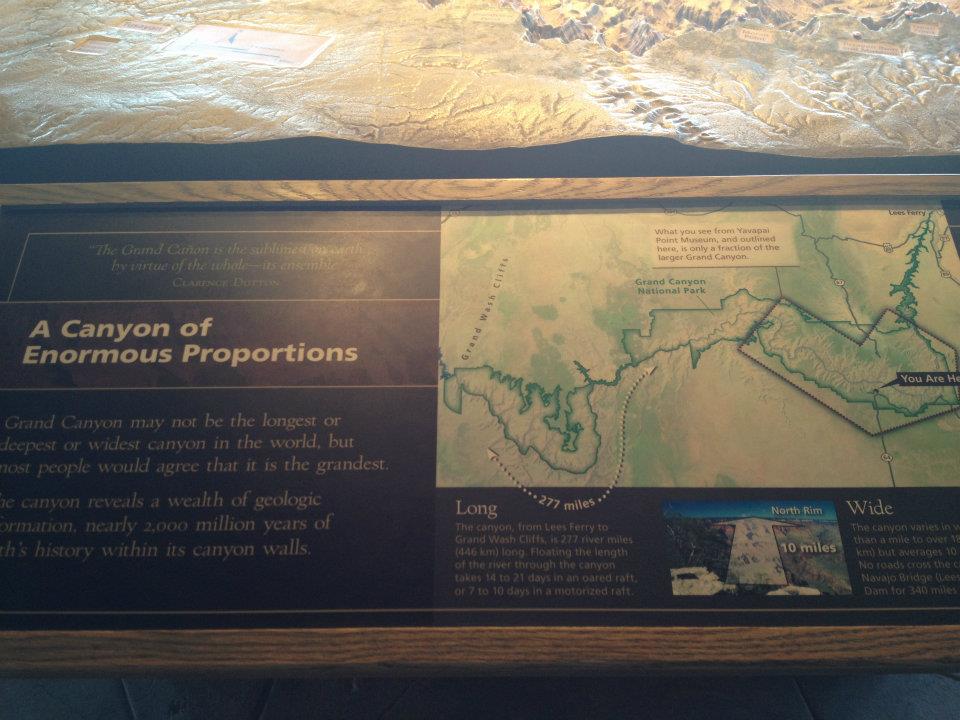 We decided to admire the sunset at the Canyon Rim, specifically at the Bright Angel Lodge, (where we also stopped for dinner, since barbecuing was prohibited at the campground for fire restriction alerts). Again, no picture does justice to the real painting that dances in front of your eyes; it’s pure magic and poetry. I loved strolling around the little pathway that leads to the Lookout Studio and loved browsing inside this romantic little cottage. It’s a small store selling local art, photography, rocks, and items celebrating the California Condors that flock the area seasonally. 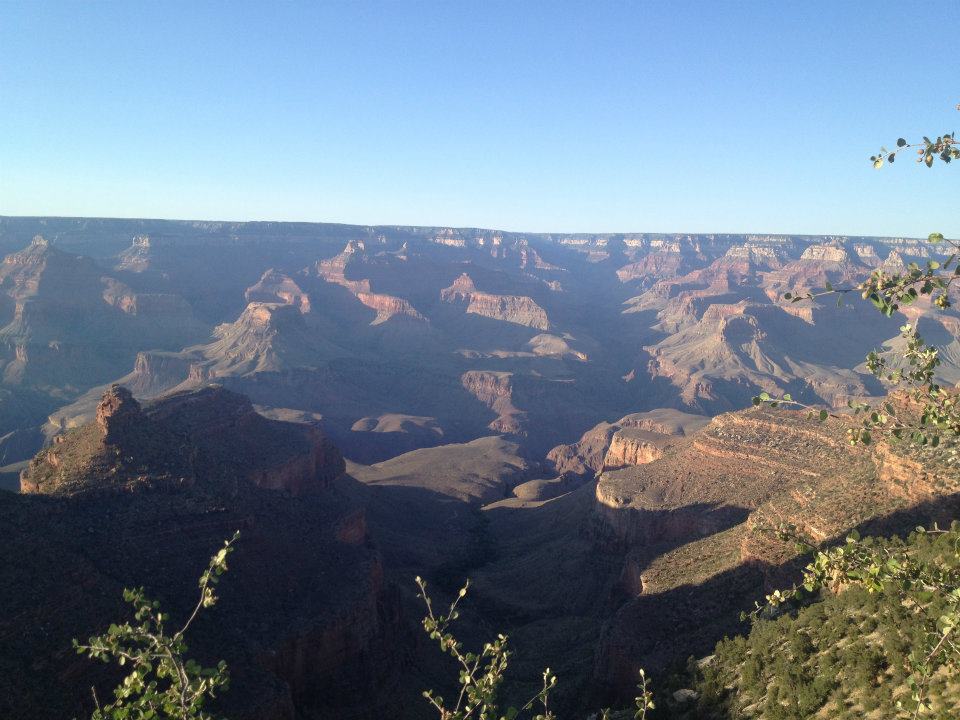 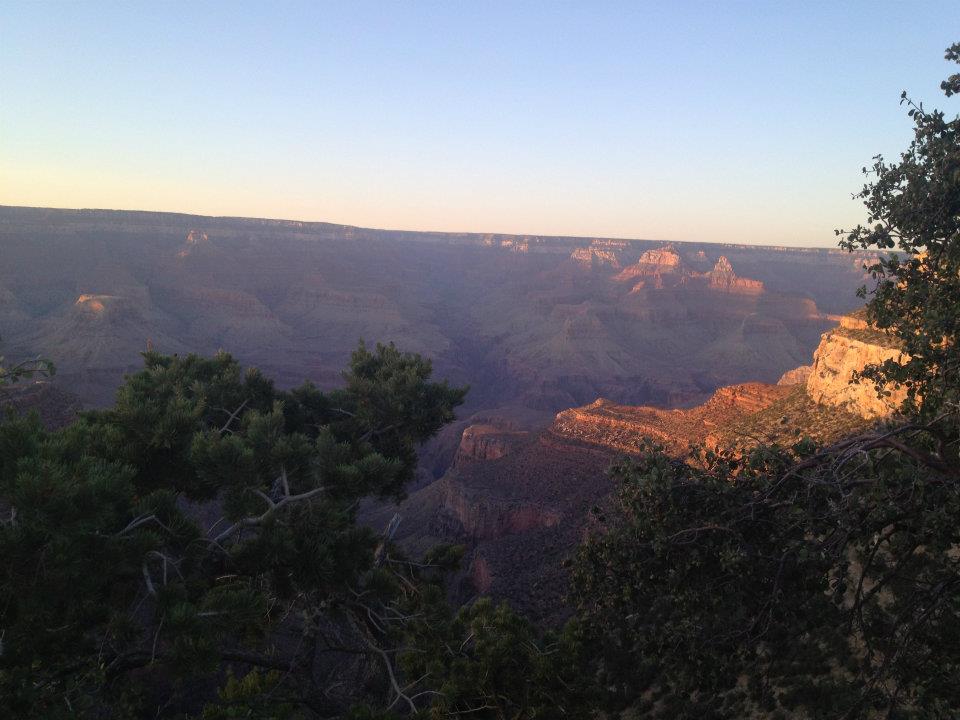 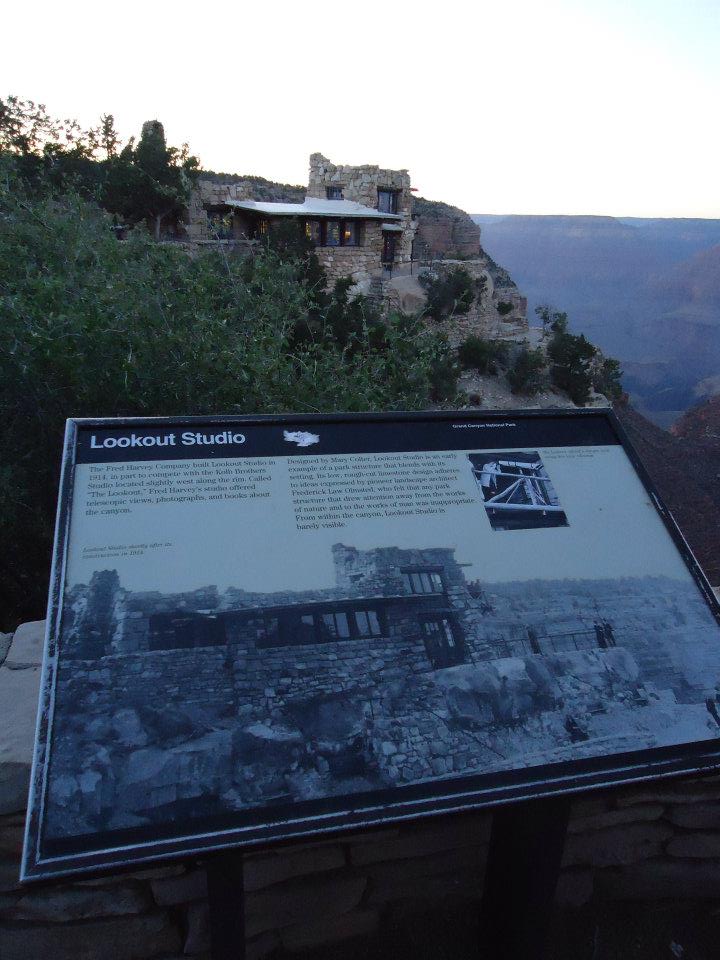 At dusk, we headed back to the visitor center for the annual Star Party (I couldn’t believe our luck to be there right when this event unfolded) where dozens of locals or aficionados kindly display and share their huge telescopes with everyone to admire the sky. The first planet I saw was Saturn; I was able to see all the rings and the shades so clearly that my excitement caught the curiosity of fellow star gazers. We made friends with a nice couple from the U.K. and some chaperones from Colorado — everyone was such in a good mood, it really felt like a party. We hopped from one telescope to another waiting for our turn to look into the universe: We saw a myriad of stars in a nebulosa (donut shaped) and star cluster made of 200 million stars! The sky was so clear and unaltered by any artificial light that you could almost see all the galaxies without any telescope, so fantastic! Back at the campground, I fell asleep with our skylight open into the starry night. 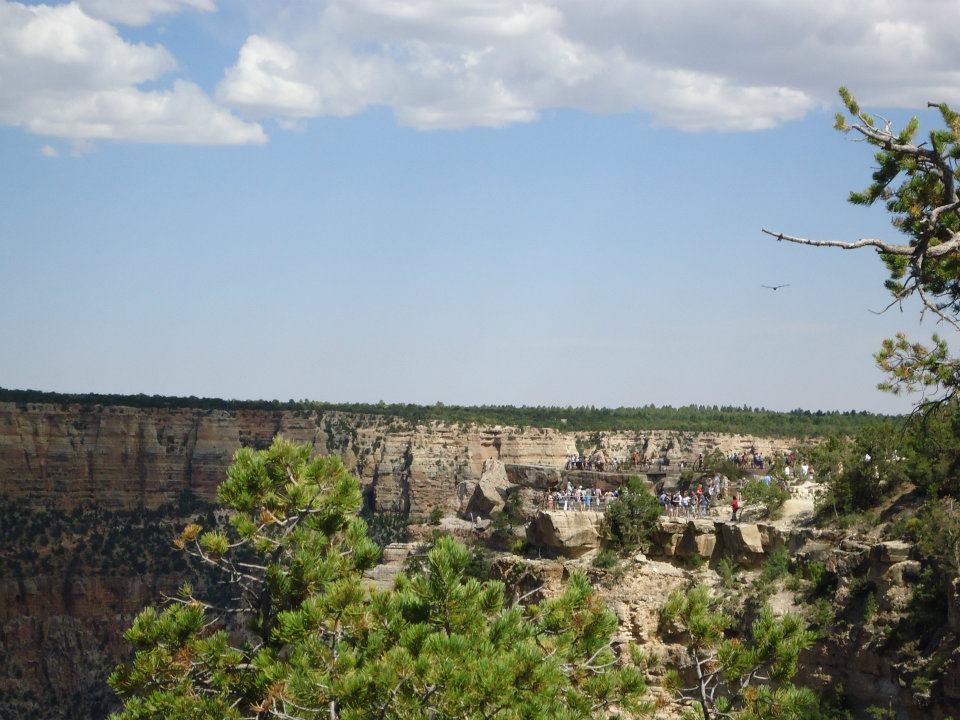 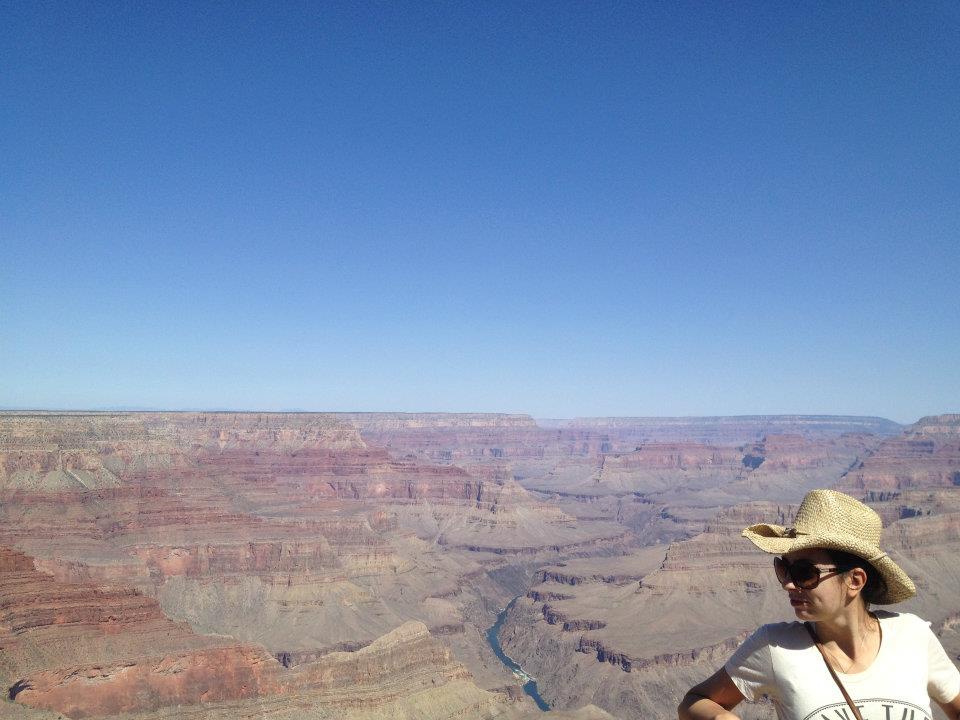 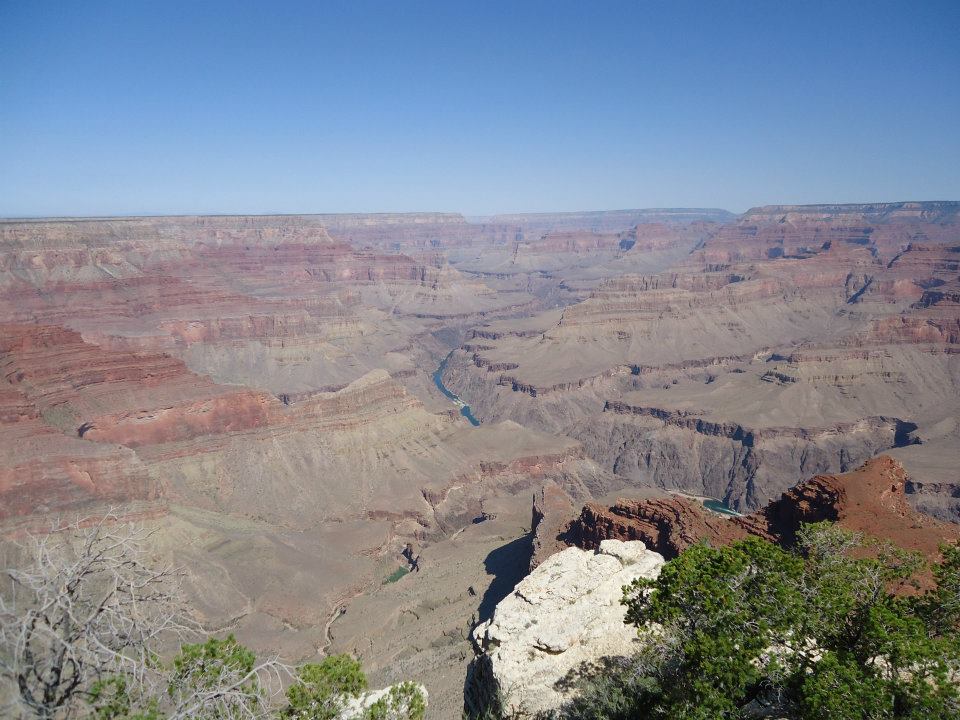 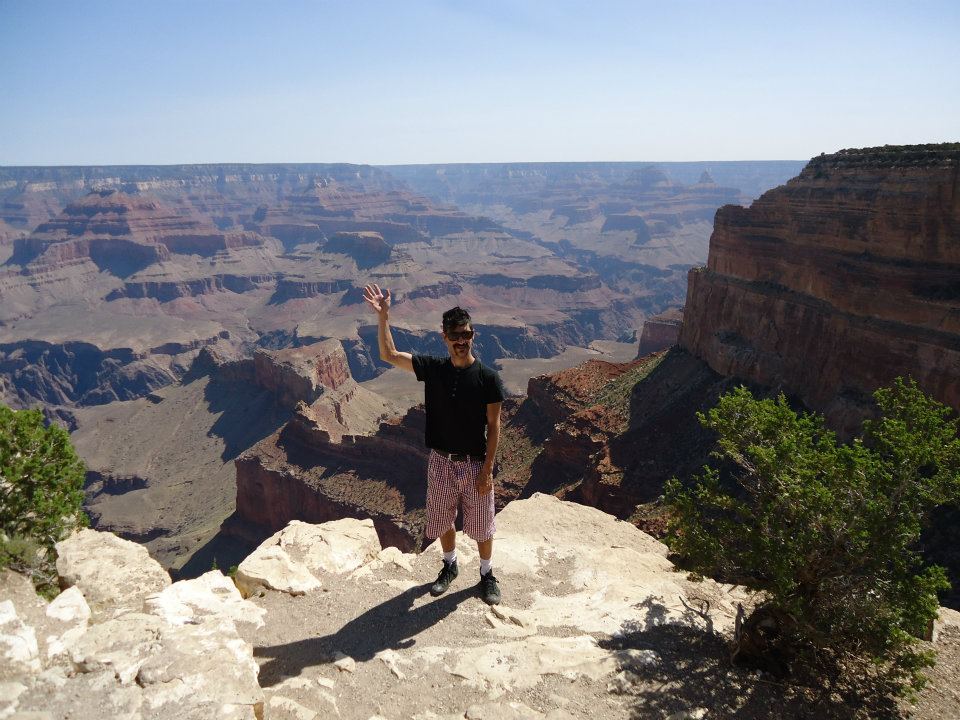 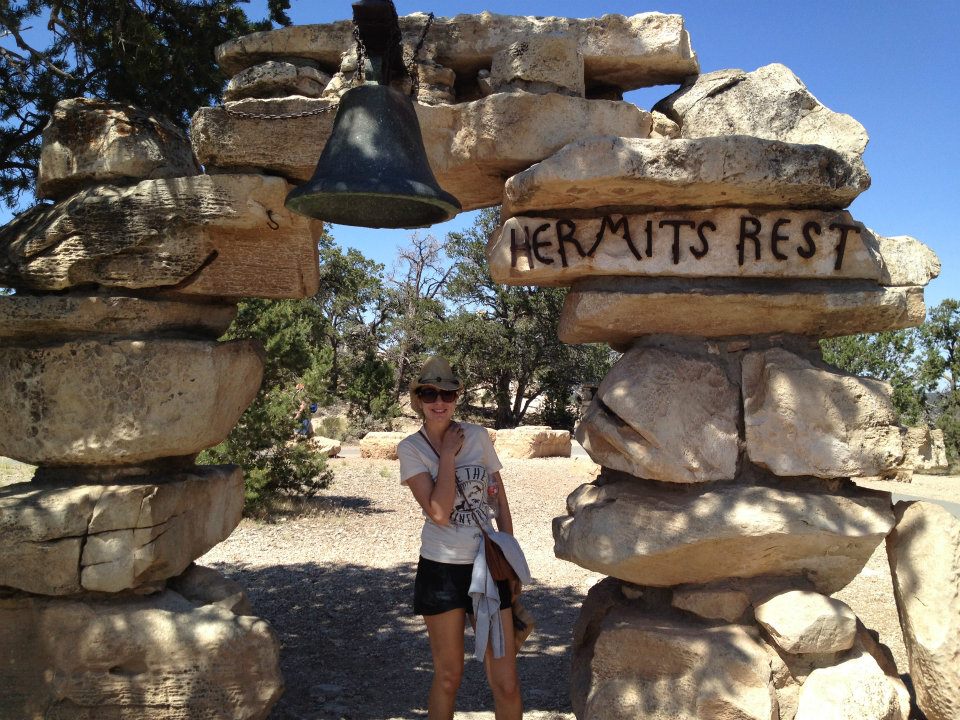 The next day, we jumped in one of the free shuttles (they efficiently serve the South Rim Park at any time of the day with rides at every 10 minutes) and went up the red line to the furthest view point in the South Rim, the Hermit’s Rest. We rode through the beautiful road that traces the canyon; you can take pictures from the bus and decide where to stop based on the map but also on the driver’s suggestions (the shuttle drivers act as tour guides as they explain the features and characteristics of every landmark). We got off at a couple of stops (Mohave Point is the best with close views of the Colorado River). One thing that I noticed is that, when you drive on the road alongside the canyon, especially in the sections where you’re surrounded by trees on both sides, you might think you’re in the mountains. The air smells so good that you might think that you’re in Yosemite! I would have never thought that the Grand Canyon Park could be so green, I pictured it being just a giant collection of rocks inside out. LOL! Also, by riding the bus, I noticed that the residential area is pretty big and well organized, when I imagined the Grand Canyon to be completely deserted (with the exception of the camp grounds, the visitor center, and the grocery store). 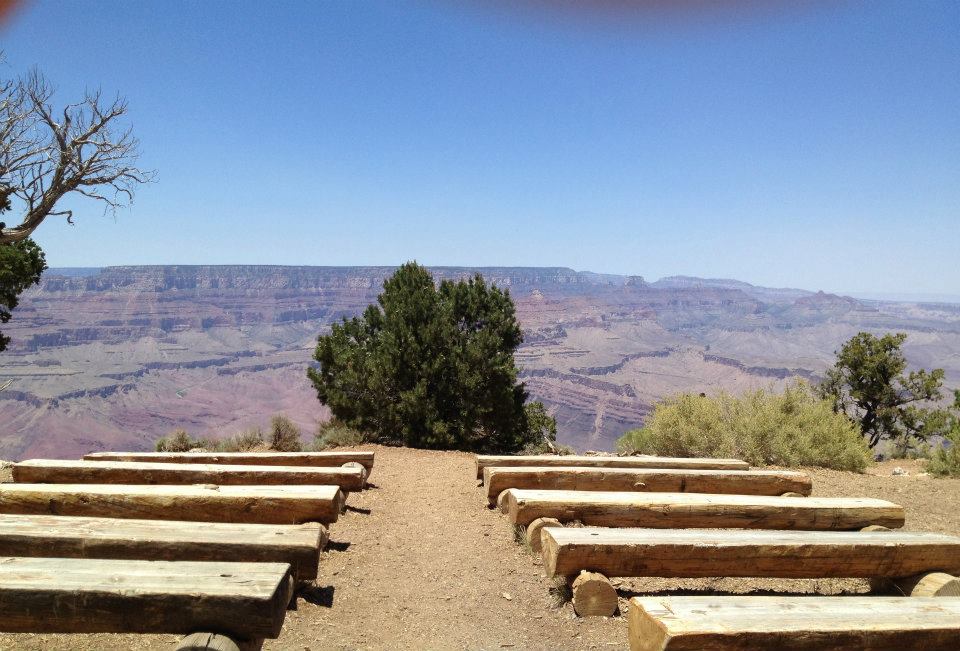 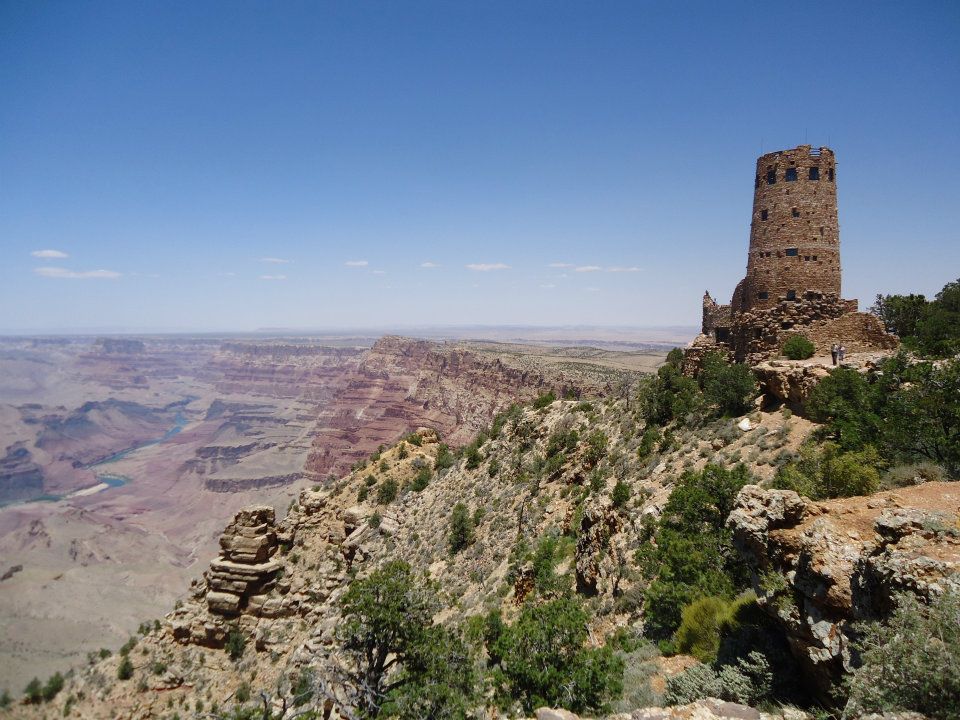 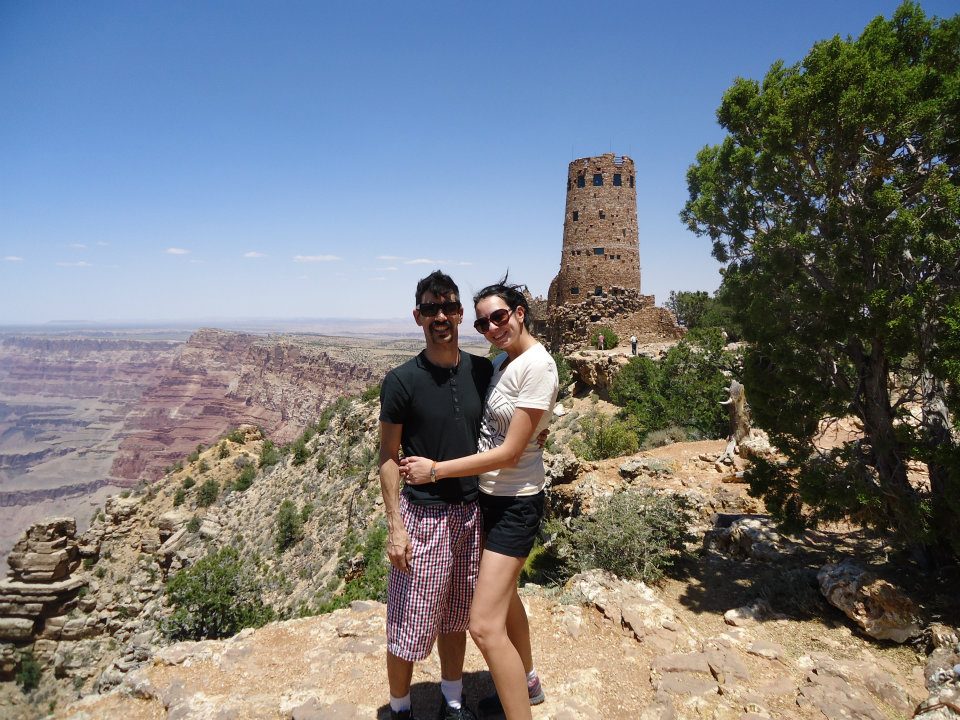 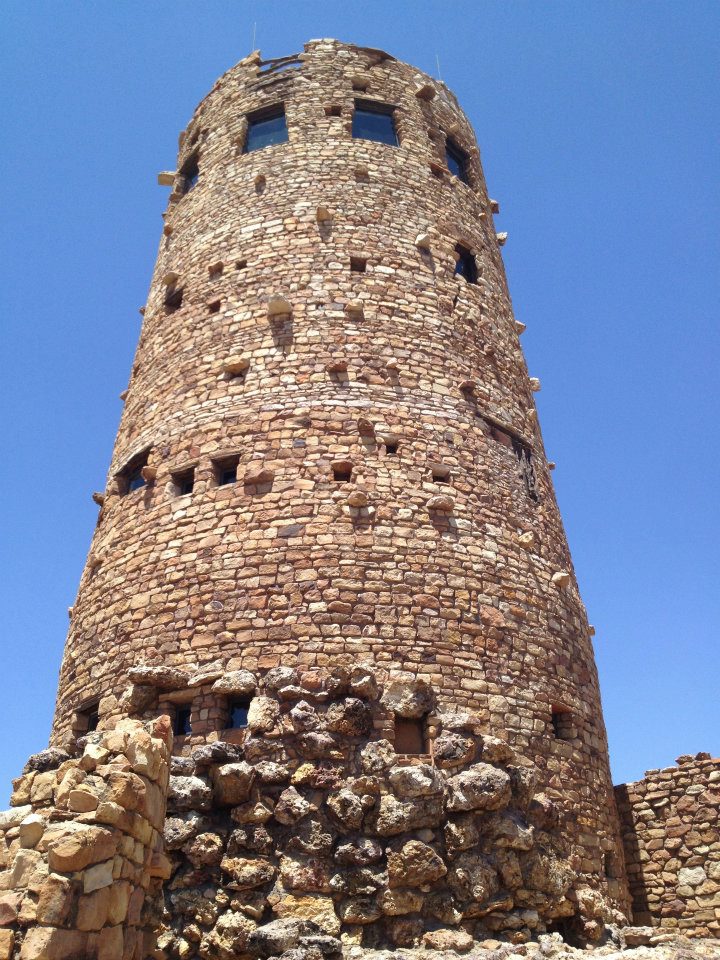 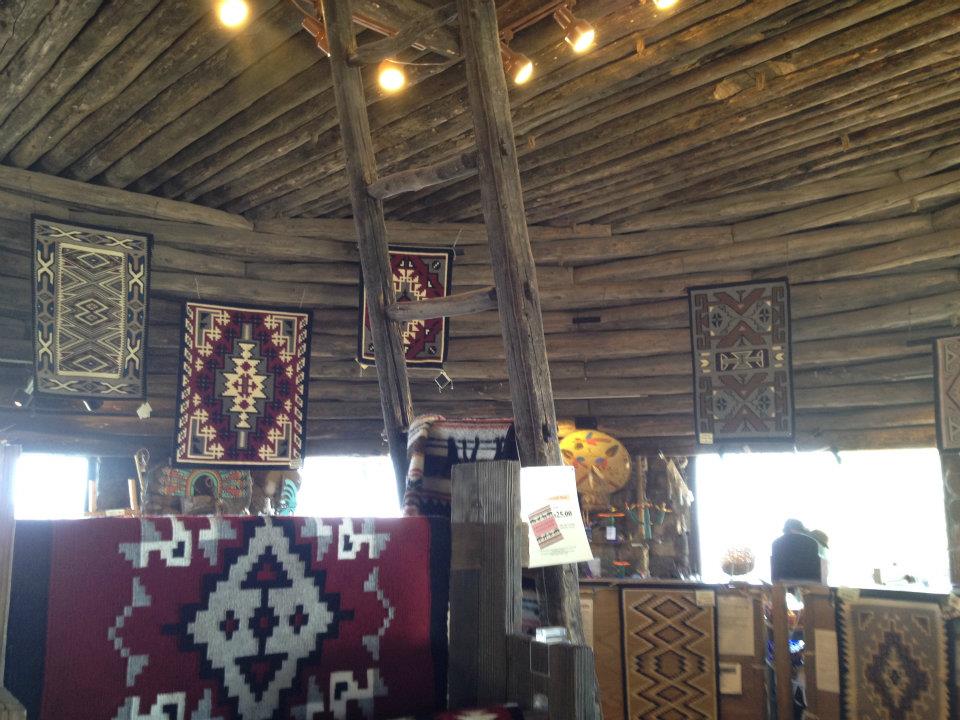 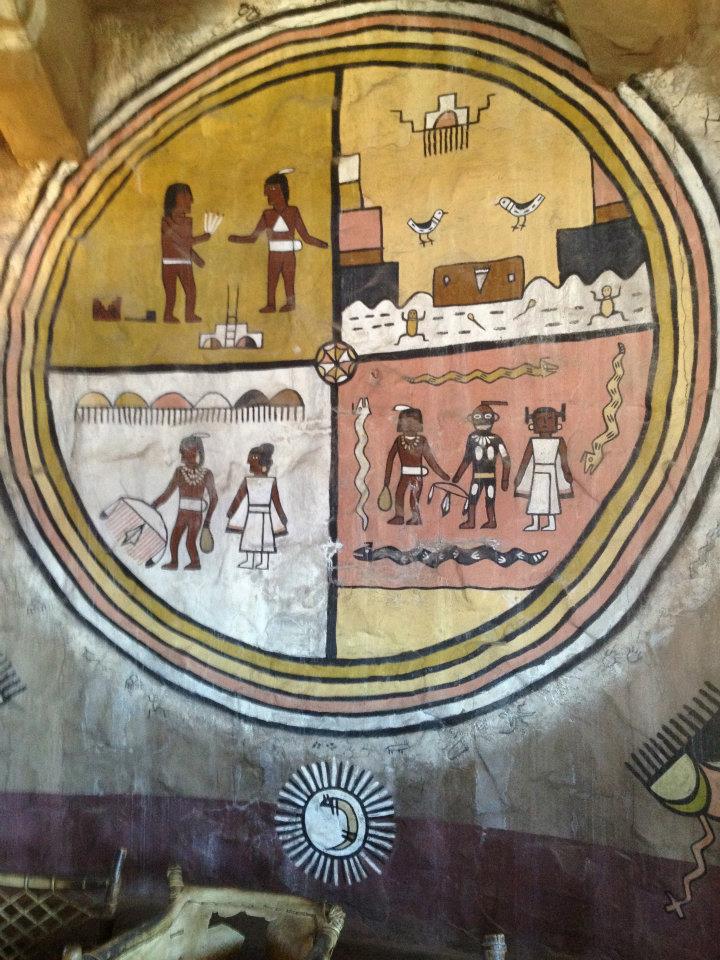 We continued our tour by driving east, down to Desert View to see the Watchtower. At 7,438 feet, Desert View is the highest point on the South Rim of the Grand Canyon, and the Watchtower rises at an additional 70 feet. Designed by Mary Colter (a woman architect! Yes!) and built in 1932, its design was based on towers Colter found at ancient pueblos in the Four Corners region. The Watchtower has a circular staircase that leads to a beautiful room featuring famed Hopi artist Fred Kabotie’s murals of petroglyphs, pictographs, and artifacts. There is a second-floor rooftop terrace overlooking the canyon, the Colorado river, Plateau, and Navajo lands. The tower also hosts a gift shop that offers authentic Native American arts and handcrafts, along with other southwestern gifts. 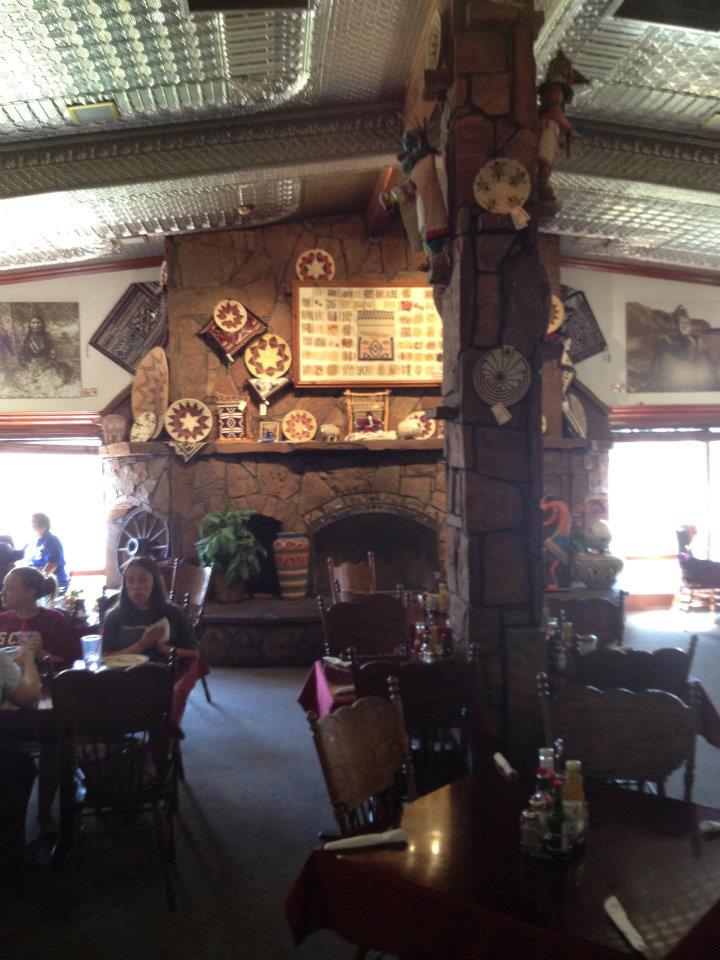 We exited the Grand Canyon through Highway 64 that cuts through the desert and the Navajo nation. This landscape is completely different than the green one you encounter by accessing the South Rim coming from Williams, and it descends so rapidly, you don’t realize that you’re suddenly thousands of feet lower! The Navajo nation is desolated and sort of depressing; there are some scattered shacks and mobile homes, not real towns. This is a protected land with all Native American descendants that mostly work at the huge trading post. There’s a restaurant that have some traditional Navajo dishes; I tried the vegeterian taco but it was so huge I couldn’t finish it. I almost bought an Indian talking stick, used by the tribe chief during the meetings; when the chief holds it, none is allowed to speak. I was tempted of getting one for when I have to make my point with the Duke, but then I realized I always make a point stick or no stick, so I just bought a big Native buttery chap stick for my poor lips who looked and felt like sand paper. Note to self: Always protect your lips in the desert, if you want to be able to open your mouth at all!